The Fan.Tastic Females exhibition profiles more than 90 female fans from 21 countries and has been on the road for over 3 years. Unfortunately, the coronavirus pandemic has put a halt to its travels, but it will resume normal service as soon as circumstances permit. Project coordinator Antje Grabenhorst reflects on the past few years with one of the exhibition’s architects and three Fan.Tastic Females, touching on everything from women in the game to UEFA EURO 2020 (now 2021).

Daniela Wurbs is Academy member and a long-time St. Pauli fan who served as Football Supporters Europe’s (FSE) CEO for several years. Dani played a leading role in the creation of Fan.Tastic Females and is now the head of KickIn!, a German initiative that promotes inclusion in football.
Daphne Goldschmidt is a Board member of SD Europe and fan-owned club Hapoel Jerusalem F.C., formerly known as Hapoel Katamon. Daphne is an advocate for cultural, religious, and gender diversity in football.

Emma Clark is from Glasgow and supports Clyde F.C., but is also involved with United Glasgow Football Club, whose philosophy is to be open to everyone. Emma follows the Scottish national team around the world.

Agnes Gertten is a fan of Swedish club Malmö FF and co-founder of  Malmö Systrar, a female fan group born out of necessity, after many female fans felt excluded from the dominant fan culture.

(The interview was conducted in December 2020.)

To the other Europe interviews

Hey girls. You all attended the exhibition opening in Hamburg in 2018. Can you recall your favourite Fan.Tastic Females moment?

Daphne: I’d have to say the ongoing feedback and compliments I’ve received from complete strangers hailing from every corner of the globe who have seen the exhibition in person and online. It has been humbling and a constant reminder of the progress I’ve made since we recorded the interview.

Agnes: I really enjoyed the opening and meeting all those inspiring women - and, of course, all the other people! There was such a great energy and it boosted me for a really long time.

Dani: Completely agree. There have been many beautiful moments, but when the first Fan.Tastic Female came out of the opening exhibition and hugged me with tears in her eyes, lost for words, or when another told me that, thanks to us, she now has a legacy for her child, that was incredibly overwhelming.

What has changed for you since the launch of the exhibition?

Agnes: Well, 2020 has certainly put things in perspective. But, in my life, I saw the Malmö family come together after a death that affected us all. This was very important, not only because it started a discussion about macho-culture and mental health, but also because you could feel how much love there was for each other - that all this is more than just a game. That’s something I took from the exhibition: for most active fans, football transcends 90 minutes on the pitch. It’s about love, life, and death.

Dani: Since the exhibition, I’ve become more engaged with the overall theme of "women in football" than I was before. What’s more, the exhibition has really encouraged me to support women and others affected by exclusion in football - to help make them more visible in their diversity as "ordinary football fans" and to involve them more broadly.

Emma: Just before the exhibition was filmed, Clyde decided to sign a former PremierLeague and international player who was accused of rape. In a footballing sense, he was head and shoulders above the rest of our squad. But other clubs wouldn’t go near him because of his misdemeanours. Many fans publicly returned their season tickets or revoked their membership - as did I. It is now three years on and he’s still there. For many, mostly men, the facts of the case were overlooked - as is all too common with rape cases - and the reasons many of us felt so uncomfortable were quickly forgotten. Although the incident is very much on my mind, I find it hard to make a clean break with the club. That said, I now put my energy into other projects: I’m active with the self-organised association United Glasgow and secretary of a women's team. I love the friendships and supportive nature of the club, especially in times like these!

What, if anything, has changed for women in football in the past few years?

Dani: My impression is that the Fan.Tastic Females exhibition has clearly added to the positive trend of the last few years at all 35 locations - just think of #MeToo - and has contributed to important structural change. For example, quite a few fan initiatives have been established as a result of activities around the exhibition and contact points against sexualised violence have been set up that still exist today.

Agnes: I’d say that in Sweden people have at least started to talk about female fans and I feel that people recognise our group and listen to us. When our club Board proposed a merger with another club to create a women’s team, we mobilised fans at the AGM and made sure that Malmö created its own women’s team - admittedly in the lowest divisions, but not by taking over another club.

Daphne: Same topic: women’s football. We’ve founded a professional team, so young girls from the age of 8 can finally play for us. Our club is now 100 percent equal in its opportunities for boys and girls, women and men from all religious backgrounds and sections of society. Still, sexism in the game has not completely disappeared.

Emma: Women’s football is also receiving more attention in the UK. Not enough, but more. And female officials at men’s and women’s games are becoming more commonplace, too. The men are slowly getting used to it!

What is your personal strategy against sexism?

Daphne: My strategy is to empower and help develop the female leaders of tomorrow, and to work towards a more equal and safe sporting sphere for women. And I will not participate in workshops and conferences that don’t reflect gender equality. I believe in zero tolerance towards sexist behaviours and all Hapoel Jerusalem players go through bi-annual workshops addressing sexism, racism, and inequality as part of the professional football curriculum.

Agnes: For a long time, my strategy was to fight back. But right now, I’d say my strategy is to be the bigger person and ignore the oppressors - to not give them any attention.

Dani: My strategy depends very much on the context and situation. But my most important principle is that I don’t let myself be intimated. If possible, I try not to leave the field open to the harasser. And I believe that sometimes a humorous approach characterised by irony and exaggeration can be very effective and disarming when it comes to macho culture.

Have you thought about what you would like to see from a follow-up project?

Daphne: More interviews with existing Fan.Tastic Females and some new ones would be exciting. It would also be great to expand the network beyond Europe.

Agnes: I’d like that too! More discussions, workshops, initiatives that straddle borders. The moments when I have grown the most are those when I’ve met other people who have similar and completely different stories.

Dani: I would love to be involved in a "Fan.Tastic Females from around the world" project. When I think about our interviews with women from the US, Iran, and Indonesia… There would be so much to discover! Another idea that has been floating around in my head for a while is a similar project covering fan culture, migration, and history and religion in football. A follow-up project called "Sisterhood - Girls Go Graffiti" already exists. I’m excited for it to be launched!

The interview was conducted by Antje Grabenhorst.

There are more than 70 other interviews of fan.tastic females on the website fan-tastic-females.org. For a small donation, a ticket code is available that gives access to all video interviews and the virtual 3D exhibition at the FC St. Pauli Museum.

Are there any games that you remember fondly?

Emma: Such a hard question! In 2014, I went to Germany and then Poland to watch Scotland play. Two incredible trips that I’ll never forget.

Dani: I’ve been to a lot of games in my role with Football Supporters Europe, but I think my favourite was Hapoel Tel Sheva against Hapoel Jerusalem. There were 50 fans on the away bus who had just started their own fan-owned club at the bottom of the Israeli football pyramid. We drove to a tiny pitch behind a petrol station on the outskirts of the Israeli desert. There were only mounds of earth and children with donkeys and quad bikes. The home fans sat in pickup trucks, watching the game from inside their cars with the air conditioning on, honking at every goal. Hapoel Katamon lost the game that day. Today, they play professional football in the Israeli second division.

Daphne: I remember! A crazy, lovely moment. Football has brought me a great deal of joy - even promotions! But last week, our women’s team’s debut match in the first round of the national cup blew me away. After a tough 90 minutes, the score was 1-1. The game went to extra time, and finally, 30 minutes later, to a penalty shootout. Our goalkeeper, Nesia Ben Bassat, has been a fan of Hapoel Jerusalem since she was little, but she never had the chance to play for us because there were no women’s teams. Then, at 35-years-old, Nesia saved the last penalty to win the game. Equality for the fans, by the fans!

Emma: Because it’s the first time Scotland have been to a major tournament in 23 years and I’m ridiculously excited! After such a difficult year, I hope it’s able to go ahead as normally as possible.

Agnes: Hopefully in a park with a big screen, friends, sun, and beer.

Daphne: Not at all. Football without fans is nothing.

What do you wish for the future of Europe?

Emma: I hope that we will all continue to learn from each other and grow together in football, through community and acceptance.

Dani: I would like to see a consistent approach to tackling anti-democratic movements and governments and a humane approach to refugees at Europe’s external borders. With regards to football, I would like to see a reorientation of clubs and associations towards a game that benefits the common good - and a politics that doesn’t let football walk away from its responsibilities.

Daphne: A Covid-19 vaccine provided equally to the citizens of the world, and the return of football, with fans at its centre. 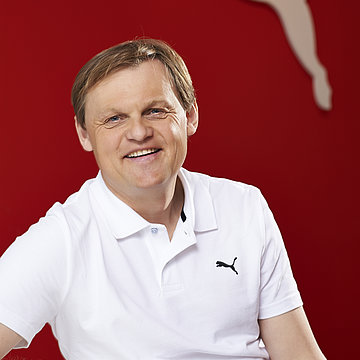 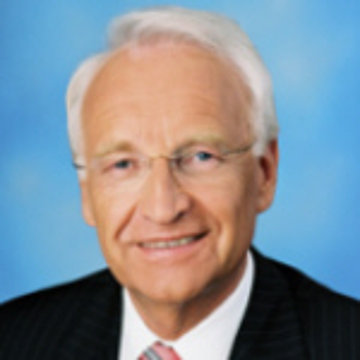 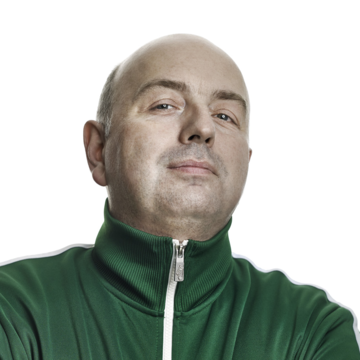